First, I’m thrilled to unveil the cover of my new book, The Ladies Of The Secret Circus which will be out on March 23, 2021. You can pre-order it here.

Once again, the city of Paris figures prominently in the plot. This time, it’s 1925 as Montparnasse is buzzing with musicians, artists and writers. As with A Witch In Time, it’s always so fun to dive into the historical research. Last year, I was fortunate to spend most of June in France including Paris, Normandy and the Loire Valley. I’d been hoping to get back this year to finish a few things, but the world had other plans!

Here’s a brief description of the book!

From the author of A Witch in Time comes a magical story spanning from Jazz Age Paris to modern-day America of family secrets, sacrifice, and lost love set against the backdrop of a mysterious circus.

Paris, 1925: To enter the Secret Circus is to enter a world of wonder–a world where women weave illusions of magnificent beasts, carousels take you back in time, and trapeze artists float across the sky. Bound to her family’s circus, it’s the only world Cecile Cabot knows until she meets a charismatic young painter and embarks on a passionate affair that could cost her everything.

Virginia, 2004: Lara Barnes is on top of the world, but when her fiancé disappears on their wedding day every plan she has for the future comes crashing down. Desperate, Lara’s search for answers unexpectedly lead to her great-grandmother’s journals.

Swept into a story of a dark circus and ill-fated love, secrets about Lara’s family history come to light and reveal a curse that has been claiming payment from the women in her family for generations. A curse that might be tied to her fiancé’s mysterious fate. 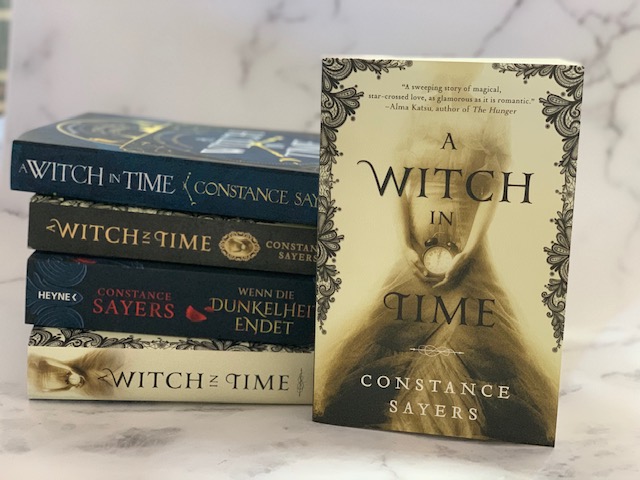 In other news, A Witch in Time will be out in paperback in the US on August 18th. The trade paperback version includes extras like the Readers Guide and an excerpt from The Ladies Of The Secret Circus. The paperback is available in the UK as well as in Germany. Spanish, Portuguese and Russian versions are coming soon!

On my TBR pile: Mexican Gothic by Silvia Moreno-Garcia, The Glamourist by Luanne G Smith, Weird Tales: A Compendium of Strange and Dark Stories and The Beautiful by Renee Ahdieh.